Happy Independence Day! Today we celebrate the revolutionary values of resistance and freedom that led to the founding of our nation.

Lt. James attended officer’s candidates school in 1942 after he was drafted into the United States Army in 1941. The day before James was to receive his officer’s commission as a lieutenant, his commanding officer told James that he would not be receiving his commission because the African American soldiers were not allowed to be officers over white soldiers. He told James to get his gear and go to wherever his commanding officer sent him.

Fast forward to 2001, when James’ daughter, Dr. Marion Lane, found a picture of James with the other 200 men in uniform. Lane asked her father what the picture was. James never talked about this with Lane as she was growing up. But, now that she had seen the picture, he told Lane about how he was denied his commission because of racism.

Lane is a fighter and not one to let an injustice go. In 2015, she set about trying to right the wrong and get her father his commission. She researched records and found that some of the most important documents were lost in a fire of the Army Archives many years ago. She ultimately enlisted the help of Pennsylvania U.S. Senator Bob Casey after the Army twice turned down James’ request because of an alleged lack of documentation. Finally, with the help of Sen. Casey and others, the Army agreed that James earned his commission.

There was a commissioning ceremony for James on June 28 at the Muserum of the American Revolution (MAR) in Philadelphia. James was given the oath of office by General John Jumjper, four star general retired and Chair of the Board of the MAR. So many people were close to tears seeing this proud and humble man getting the commission that he should have gotten 76 years ago.

The wrong and its righting was covered by the New York Times, CBS News, and a host of local Philadelphia news media.

I’ve included a photo gallery of that wonderful day.

James daughter, Marion Lane, wrote about her ancestors Revolutionary War service in her children’s book, Patriots of African Descent in the Revolutionary War. She is a member of the Daughters of the American Revolution (DAR), and former President of the Descendants of Wshington’s Army at Valley Forge, and the first African American to be inducted into The Heritage Society, which is composed of the presidents of the heritage groups like DAR.

So, as we celebrate the founding of our country today, the revolutionary values of resistance, freedom and justice are alive and well in people like Second Lieutenant John E. James, Jr. his daughter Dr. Marion Lane–true patriots who worked and fought to make our country live up to its ideals. 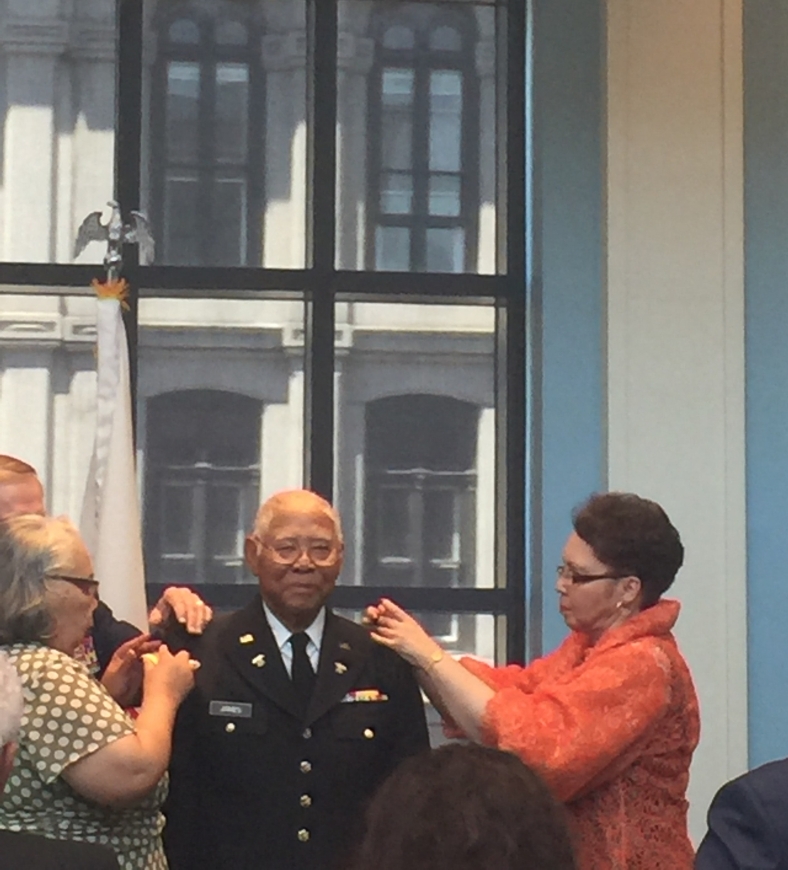 Gen. Jumper administers oath of office to Lt. James while his daughters look on 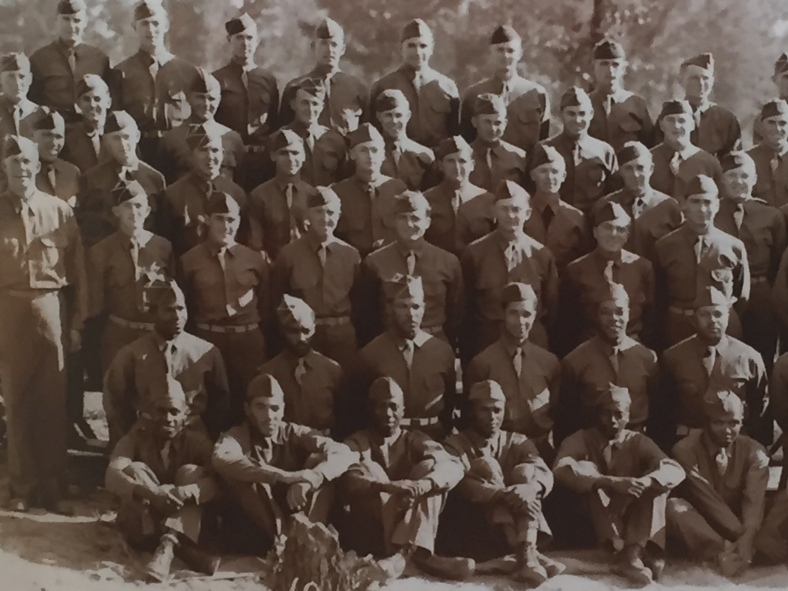 Lt. James with fellow members of The Sons of the Revolution