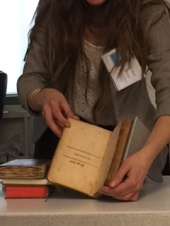 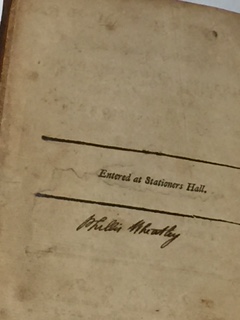 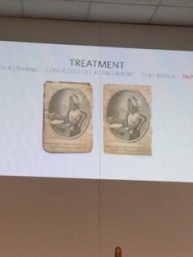 A rare signed copy of Phyllis Wheatley’s 1773 book, Poems on Various Subjects, Religious and Moral, owned by Dr. Marion Lane, author of The Elevator Group children’s book, Patriots of African Descent in the Revolutionary War, was unveiled on March 23, 2016 at a reception sponsored by the Museum of the American Revolution (MAR) at the Conservation Center for Arts and History Artifacts in Philadelphia.

I’ve been in awe of Phyllis Wheatley ever since I learned of who she was when I was assigned to Wheatley Hall my freshmen year at Howard University.  Wheatley was a writer, and I was studying to be one as a journalism major.  My admiration for her grew even more when I became a published author and a publisher myself.  She is one of my sheroes–an African American woman who blazed a trail for me.

Lane, a member of the Board of Directors of the MAR, which will open in Philadelphia in spring 2017, purchased the Wheatley book in 2014 .  She loaned the book to the MAR as part of the museum’s collection.

Phyllis Wheatley, as a 17-year-old slave, was the first African American to have a book published, even though Boston publishers refused to publish the book, and the book was first published in London.  Many white colonists did not believe that a slave could write such poems.  In court in 1772, a group of important Bostonians, including John Hancock and the colonial governor of Boston, examined Wheatley and signed an attestation that she was in fact the author of the poems.  That attestation is included in the 1773 book.

When Wheatley went to England with her master to meet the Countess who sponsored the publicatio of her book, one of the peiople she met with was Ben Franklin.

Wheatley became famous.  As the Revolutionary War progressed, she wrote more poems in sympathy with the patriots, including one about General George Washington called His Excellency General Washington.  A grateful and impressed Washington invited Wheatley to meet with him, and she did in March 1776.  Thomas Paine republished Wheatley’s poem in the Pennsylvania Gazette in April 1776.

As purchased by Lane, the book was in poor condition with torn and worn pages, an incomplete spine and front cover, and various other signs of wear.  “Luckily, Wheatley’s signature remained intact,” said Lane.

Lane took the book to the  Conservation Center for Arts and History Artifacts so that it could be restored and stabilized.  That process took four months before it was unveiled before an eager group of history buffs and conservationists.

“This book is significant as an example of a young girl who found her talent and had
it nourished and supported by those who loved her. She had a significant impact around
the world,” said Lane.   “All children should be assisted and supported in determining their individual talents. They should be encouraged that every person has a talent.”

For more about Wheatley, including some great further references, click here.