So how did General George Washington spend his birthday on February 22, 1778 when he was encamped at Valley Forge? His wife, Martha, had arrived in camp on February 10 and stayed with him until the army marched out in June.  It’s reported that she arranged a quiet birthday dinner for him, even though the army was experiencing a great food shortage.  (click here for more citation and more information). She had her cooks prepare a special birthday cake, making its serving the first public celebration of Washington’s Birthday.  A cake using Martha’s recipe is still served on Washington’s Birthday at Valley Forge National Park. 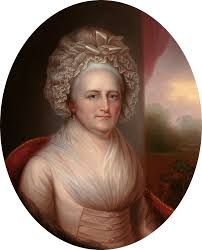 Pleasant celebration aside, Washington spent a great deal of time that day also meting out necessary discipline to some of the 11,000 soldiers who were encamped with him.  Just like any army, commanders must court martial soldiers who get out of line.  It was no different in the Continental Army.  On February 22, Washington’s general orders were largely focused on confirming the discipline that was meted out in court martial hearings, setting the stage for such discipline to occur.  It would be considered barbaric today, but most of the discipline confirmed that day was 100 lashes to the bare back “well laid on.”

Here’s Washington’s General Orders for the day, with the court martial information italicized:

The Commissary General is, if possible to keep the Camp well supplied with rice for the use of the sick; if rice cannot be had, Indian meal is to be provided in it’s place; and as this is an article that can at all  times and under all circumstances be had no excuse will be admitted for the neglect.

He is every monday to make a return of all his issues in the course of the week and of his stock on hand in Camp, and on the first day of every month the issues in the month preceeding are to be carefully made out and forwarded to the Commissary General who is to return the whole in one view as soon after as possible to The Commander in Chief—A Monthly Return is also to be made of the quantity of provisions and other articles in the Commissary’s department.

The regimental Surgeons are desired to be more punctual in making returns of their sick to the Chief Surgeon of the flying Hospital present on every Monday.

Likewise Thomas Whitney of Coll Bowman’s Company of Artillery1 tried for the same crime found guilty and sentenced to receive one hundred lashes on his bare back well laid on.

At the same Court William Harris of 9th Pennsylvania Regiment tried for getting drunk, threatning the life of one Cameron and knocking him down, also for striking the Corporal of the quarter Guard after being confined, and Dennis Kennedy of 9th Pennsylvania Regt tried for striking and abusing said Cameron and threatning to desert as soon as he got shoes & cursing Congress; William Harris found guilty of striking the Corporal of the Guard, being a breach of Article 5th section 18th of the Articles of War and sentenced to receive thirty lashes on his bare back—Dennis Kennedy found guilty also of the charge alledged against him and sentenced to receive one hundred lashes on his bare back.

The Commander in Chief approves the aforegoing sentences and orders those against Lawler Low, Whitney, Harris and Kennedy to be put in execution tomorrow morning at roll-call at the heads of the regiments to which they respectively belong.

Scott to be immediately released from his confinement also Henry who is to join his regiment.